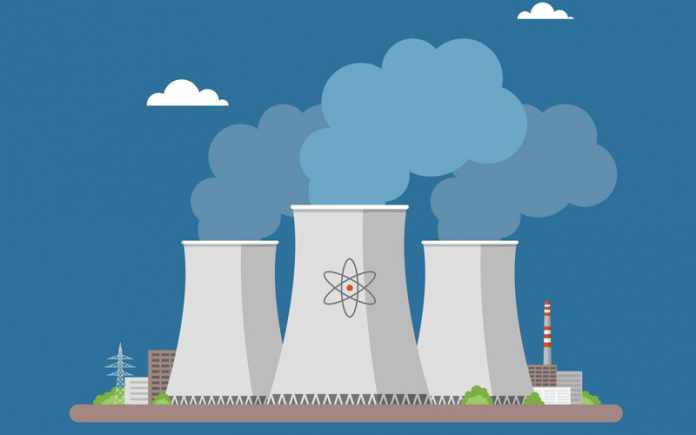 Whenever we hear nuclear energy’s name, the image that comes to our mind is of a nuclear bomb or crisis like Fukushima. But you might be surprised to know that nuclear is a larger part of the world’s environment-friendly form of energy as it transitions away from fossil fuels to low carbon and renewable energy.

There are many pros and cons of nuclear energy with fewer emissions and greater efficiency. If you want to know about nuclear better, then you have come to the right place. Here we will show you the advantages and disadvantages of nuclear energy that will help you better understand it. But first of all, it is vital to know the exact meaning of nuclear energy.

What do you mean by nuclear energy?

It is essential to understand nuclear energy’s definition and how it creates before moving further to the pros and cons. However, energy forms by the method of splitting atoms such as uranium. After splitting the atom converts into two smaller and lighter elements.

As we know that the energy does not disappear, the mass lost turns into heat to produce electricity. For these reactions to occur, most of the nuclear power plants provide a controllable environment. That is why nuclear energy is one of the environment-friendly energy in the world.

Pros and cons of nuclear energy

It is vital to understand both sides of nuclear energy because it will help us know what is capable of this energy. Below we are going to show you the advantages and disadvantages of this energy that will help you to decide whether this source of power is a better decision for our future or not.

There are many fossil fuels such as coal and nuclear, that do not produce any greenhouse gas like carbon dioxide and methane. Most studies found that the average emission for nuclear compares to renewable sources like solar, wind and some other fossil fuels.

Nuclear energy is equal to renewable energy. It could be considered an environment-friendly source of energy.

If the wind stops blowing, then there will be the end of the electricity. There is a criticism of renewable energy everywhere nowadays, which will only produce power when the wind blows, or the sun shines. On the other hand, nuclear energy can run without interruption, turning into a more reliable energy source.

It seems that most of the energy sources are dependent on weather conditions like solar and wind power. But nuclear energy has no interruptions and is unaffected by the external climate factors. Therefore, there is no delay in production, which allows for a good return on investment.

Moreover, there is enough uranium present on our earth to make nuclear energy the most reliable source. We hear that it is enough to generate power for the next seventy to eighty years that is too much.

It might be surprising to know that around 20% of the US’s electricity is from nuclear energy. However, there is a stability in the production of electricity in nuclear power plants that it can use in conjunction with other renewable forms of energy.

For example, the wind turbines will generate the amount of energy according to the wind blows. Whereas, nuclear energy plants can adjust their output lower when the wind is blowing. If the wind is not blowing, then the plants will automatically adjust to compensate for the wind’s lack of electricity.

There are both advantages and disadvantages of nuclear energy when it comes to pollution. However, compared to fossil fuels, the overall release of pollution from nuclear power plants is less. Most of the studies show that every year it reduces over 555 million metric tons of emission.

Therefore, this tells us that switching to nuclear energy is the best decision to reduce global climate change.

It is costly to build a nuclear power plant compared to operating it. The estimated cost of building a nuclear plant is two billion dollars to nine billion dollars. Additionally, it also includes the expenses to protect the waste they produce for some security reasons. Lastly, all these funds make it costly.

Keep in mind that nuclear energy is dependent on uranium and thorium to produce electricity. However, we will be unable to create electricity with the power plant unless we find a way to make nuclear fusion.

The waste product produced by nuclear power plants has an impact on our planet. We all know that mining and enrichment of uranium are not environmentally friendly. However, mining is safe for miners, but it leaves behind radioactive particles that cause erosion and pollution.

Moreover, when it is inside, it can be more dangerous because the workers are exposed to a higher amount of radiation that results in their death.

We all have heard about the biggest disasters in Chernobyl through nuclear power plants. It seems that more than ten thousand people died in this crisis from the long term effects of radiation. Moreover, in 2011 the Fukushima power plant crisis shows that nuclear plants can also be the reasons for accidents.

Nuclear power also brings a unique problem to our national security because it uses energy. Terrorists like to target plants to create a disaster. If the uranium gets into the wrong, then they can use it as a nuclear weapon. Therefore, there should be strong security around the power plants to stop such types of crises.

You might be surprised to know that the world’s nuclear power plant produces 17% of electricity. But this is mind blasting that this power gives over 75% of their electricity in France. So let’s go.

There are some pellets present in nuclear power plants to fuel the plants. Every pellet contains 3% of uranium. However, the pellets are in linear arrays that connect with moveable control rods. The rods present in the plant are useful for dampening the nuclear reaction that it does not get out of control. Moreover, it is also helpful in servicing of the reactors.

Then the whole assembly is kept in water to keep the core cool. The reactor might contain thirteen million pellets that stay for three to four years. A quarter of fuel rods changes out every 12 to 18 month to increase power production. Firstly, the reactor is put in a radiator Shield liner then in a containment structure. All this makes it radiation leak proof.

The process of nuclear fission produces heat and then converts into steam. The steam power turbines and produce electricity. However, it generates power like coal plants. But the difference between both is that nuclear does not give any greenhouse gases. It gives radioactive fuel that has disposable problems.

There are two main reactors known as boiling water and pressurized reactors. The water heats by nuclear energy in this reactor. The water converts into steam in the reactor, but it is on the different side, so they do not mix. Due to nuclear fission, the water boils in the boiling water reactor. Then the steam helps to power the turbine to produce electricity.

There are three types of high-temperature reactors. However, they can reach up to 1000 degrees Celcius and contain graphite core. These reactors are capable of adding hydrogen to producing electricity. Moreover, they are safer because they are built-in high temperatures making fewer accidents.

Lastly, the molten salt reactor uses molten salt that is safer than current reactors. Moreover, they build faster. There is no high-pressure steam present in it.

It depends on the faster neutrons to maintain nuclear reactions. However, neutrons help change the daughter’s materials into less harmful isotopes and produce extra fuel. Here we are going to show you three types of fast reactors.

Gas-cooled fast reactors have a close fuel cycle. On the other hand, sodium cool fast reactors combine fast breeders’ technology with slow breeder reactors. Moreover, it creates plutonium that uses as fuel. It is safe, and if the reaction gets out of control, it automatically gets shut down. Lead faster reactors have enough temperature or produce hydrogen with products.

So here is the complete guide to nuclear energy. We have shown you both sides of this energy that will help make a better decision to adopt nuclear for having a better future. Moreover, we have told you the process of producing nuclear power to enhance your knowledge. Lastly, it is environmentally friendly and safer than other fossil fuels.

READ  Money 101: How to Get Rich without Earning a 6-Figure Salary?

What should you know about lemon tree yellow leaves?

8 tips to dress for success in today’s workplace

How can a new product be made?

How do the banks and lenders determine the gold loan interest...

Why is it better to pay a down payment on a...

Experiment with shades this season! Your winter fashion talk

What should you know about lemon tree yellow leaves?

Add these high protein vegan foods if you are avoiding animal-based...

The art of sauna buying: pick the right IR sauna

Infrared saunas are becoming increasingly popular. They're an excellent relaxation remedy, and they offer health benefits too. However, the art...